The shape and related characteristics of ring spinning hairiness

With the continuous improvement of customer requirement […]

With the continuous improvement of customer requirements, the requirements for yarn hairiness have become more and more obvious. Whether it is knitting or weaving, the requirements of customers for hairiness continue to increase. Zhou Wengang worked hard to systematically and comprehensively explain the various aspects of the spinning mill. The control measures of hairiness are worth seeing and implementing. But to quickly improve the quality of hairiness, the focus is still on post-spinning

The hairiness of ring-spun yarns not only affects the appearance of the fabric, but also affects other properties of the fabric. At the same time, it also reduces the subsequent processes, especially the production efficiency of the loom. Yarns with many hairiness have unclear fabric textures, easy to fuzz and pilling, and many end breaks during subsequent processing, low production efficiency, and large amounts of falling objects affect the production rate. In addition, it will also cause the fabric to form uneven dyeing rungs and defects such as hanging warp, skipping, and weft.

The shape and related characteristics of ring spinning hairiness

Loop hairiness: Both ends of the fiber are wrapped by yarn, and the middle part is arched out to form a loop or ring.

Floating hairiness: loose fibers attached to the surface of the yarn. 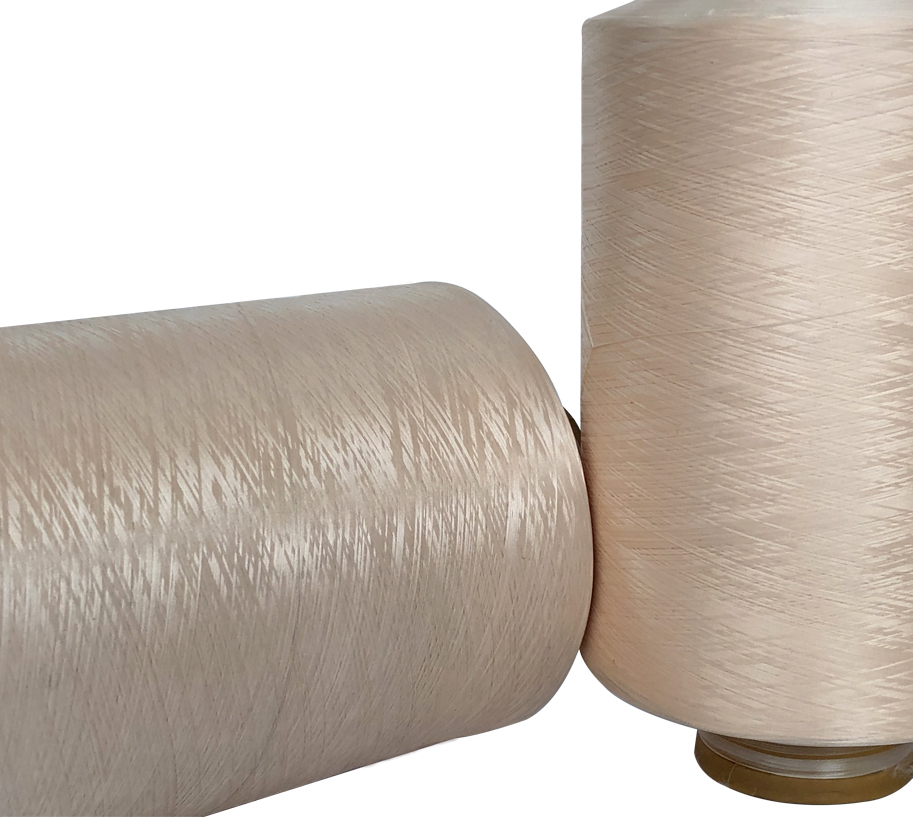 According to the formation mechanism of hairiness, the hairiness of ring spun yarn is divided into twisted hairiness and process hairiness.

Twisted hairiness is mainly the defect formed in the twisting process of the whisker. When the fibers are twisted, the whiskers output by the front roller are in a flat state, and the fibers are arranged parallel to the yarn axis. The twist generated by the rotation of the traveler is transmitted to the jaws of the front roller, so that the whiskers at the jaws revolve around the axis, the width of the whiskers gradually shrinks, and the two sides are gradually folded to be rolled into the center of the yarn, forming a twisting triangle area. In the twisted triangle, the width and cross-section of the whiskers change, gradually forming an approximately cylindrical spun yarn from a flat ribbon shape. When the whisker is twisted, in addition to the change of the geometric structure, the inner and outer layers of the fiber are transferred. Under the action of spinning tension, the centripetal pressure on the fibers outside the center fiber, the fibers in the twisted triangle will squeeze the edge fibers to the center and the center fibers to the edges due to the mechanical conditions generated by the spinning tension. When the edge fiber is squeezed into the center, its centripetal pressure tends to zero, and it is squeezed out by some edge fibers. A fiber often moves from the inside to the outside and from the outside to the inside, and the inner and outer layers of fibers are repeatedly transferred to each other. When the head end of the fiber is squeezed out and separated from other fibers, because there is no tension and centripetal pressure, it is no longer pressed to the inside, but stays on the surface of the yarn body to form hairiness.

It can be seen from the above analysis that the twisting triangle plays a decisive role in the formation of hairiness on the yarn surface. Controlling the width of the beard output from the front roller of the spinning yarn is the key factor for controlling the twisted hairiness of the yarn (the width is small, the centripetal pressure fluctuation range of the fiber is small, and the repeated mutual transfer of the fibers is small, which is beneficial to reduce the hairiness). It has been verified by the compact spinning process. At the same time, the fiber structure state in the sliver, the level of the short fiber content, the cohesion between the fibers and the control of the spinning tension are also crucial to the influence of the yarn hairiness.

Process hairiness is mainly the hairiness formed by friction and rubbing between the yarn and the yarn channel during the spinning process. In the production of polyester viscose yarns, the cohesive force of sliver and roving is poor. Because the channel is not smooth, the running resistance increases or the external force is collided. It is easy to rub due to friction and rubbing, which increases the probability of hairiness; Smoothness will cause the original short hairiness of the yarn to be scratched and elongated, or the fibers whose ends have been embedded in the yarn body are scraped and broken at the middle end, or the ends of the fibers originally in the yarn body are scraped out, thereby making Hairiness deteriorates further or new hairiness is formed. Chemical fiber has poor electrical conductivity. Static electricity is generated when the flowing yarn is in contact with the rotating roller or parts. The fibers are stressed and irregular due to static electricity, which spreads the fiber ends outside the yarn to become hairy. From the above analysis, it is not difficult to see that the main factor that affects the process hairiness is scratching, which is closely related to the yarn passage, the tension when the yarn passes through the passage, and the amount of static electricity. Among them, it is particularly closely related to the state of the spun yarn ring traveler, the state of the grooved drum, the arc length and winding speed of the yarn on the grooved drum, the low oil content of the fiber, the low environmental humidity and the difficulty of eliminating static electricity.

0
Views: 491
PREV: Roving quality has a direct impact on spinning quality
NEXT: Main methods and measures to control hairiness