Home / News / What are the advantages of compact spinning

What are the advantages of compact spinning

Compact spinning is a new spinning technology for spinn […]

1. Before twisting, the single fibers in the yarn are fully straightened, parallel to each other, and arranged tightly, so at the nip of the twisting roller (also called the twist-stop roller, because it has the effect of preventing the transmission of twist), the diameter of the yarn is It becomes very small, so the "twisting triangle" is basically eliminated. Because the single fiber is fully straight and parallel before twisting, and there is no hairiness extending from the main body of the yarn, the yarn has very little hairiness, especially if the hairiness is more than 3 mm. less. 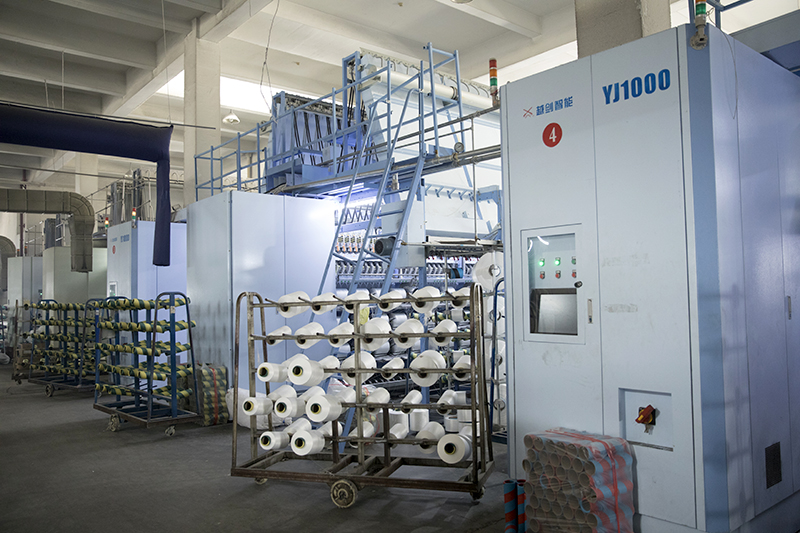 3. In the compact spinning process, the yarn sliver is assembled after the drafting specified by the process is completed, so the index of unevenness is not greatly improved, but it has a finishing effect on the yarn in the gathering area, and it is When twisting at the nip of the twisting roller, the transfer of fibers between the inner and outer layers is not as strong as the traditional technology, so the tight yarn has uneven, thick and detailed indicators than traditional yarns.

4. Due to the above characteristics of compact yarn, it provides very good conditions for the next process. The compact yarn has less hairiness, so the pressure of sizing, singeing and other processes is reduced. When the compact yarn is used in the weft of the shuttleless loom, the drawdown is greatly reduced. The resistance of the weft improves the efficiency of the loom.

5. Because the compact yarn fibers are closely arranged and have a smaller diameter than traditional yarns of the same number, the cloth densely woven with the same warp and weft has good air permeability, and the cloth surface is flat and smooth. It is an ideal high-end yarn.

0
Views: 270
PREV: What are the characteristics of the rotor spinning process
NEXT: What is the difference between hemp grey yarn and colored yarn