Cleaning process The focus is to reduce fiber damage. T […]

The focus is to reduce fiber damage. The chemical fiber is almost free of impurities, reducing the speed of the beaters and enlarging the distance between the gripping points, which can improve both hairiness and neps.

The air flow is smooth, no choking, no traffic jams. The airflow is not smooth and it is easy to cause choking. Choking is the main factor causing cable neps, and these cables will produce a large amount of short nap during carding, which will greatly increase the hairiness. The unobstructed air flow can remove some short lint and dust, which is conducive to the subsequent processing.

Due to the oil-containing chemical fiber, the cotton conveying pipeline is easy to produce grease, which increases the resistance. It is necessary to remove the dirt regularly to keep it unobstructed, especially the Qingganglian system.

Technological thinking: reduce damage, eliminate short lint, and improve fiber straightness and parallelism. Measures taken: lower speed of the licker roller (less than 800r/min), larger speed ratio between cylinder and licker roller, appropriately large licker roller one-gap for cotton board, according to the hard wire, The wire or the hard wire in the cover flower, and the wire are used to determine the running speed of the cover.

Operation should be strengthened to clean to prevent the attachment of short lint. Remove the dirt on the combing horn and coiler in time, and require the carding turner to clean the horn and coiler with cotton cloth soaked in alcohol before each shift. Do a good job of cleaning the machine at any time, especially the triangle area of ​​the cylinder and the doffer, keep the dust suction mouth not blocked, not hanging flowers and dust, and cleaning the large and small leaks thoroughly when parking. 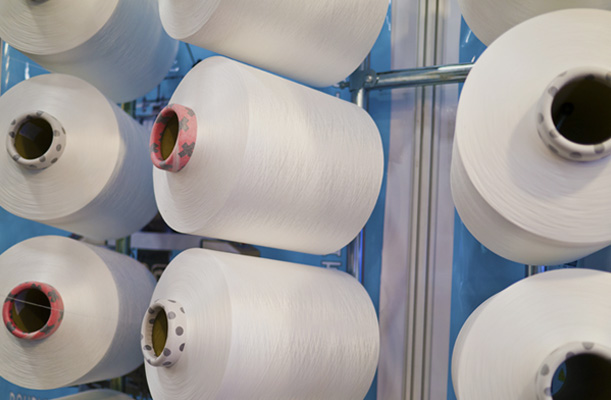 It is worth noting that the smooth passage of the draw frame is an effective measure to reduce yarn defects and reduce hairiness. Clean the channel regularly. When the barrel capacity is appropriate and the fixed length is very long, the upper sliver will be rubbed and fluffed, which will seriously affect the quality. In addition, the quality of the barrel is poor and the static electricity is serious, which seriously affects the smoothness of the sliver. At the same time, when the sliver is unwound after the machine, the height of the sliver, and the inappropriate position of the sliver will cause serious fuzzing and napping the sliver, resulting in increased hairiness in the subsequent process. These humble jobs have a great impact on hairiness and require serious attention and resolution.

If the polyester and viscose blends are drawn and mixed, under the premise of ensuring the blending ratio, according to the number of blends, the "polyester-viscous-polyester-viscous-polyester" phase arrangement is adopted, which is evenly mixed and beneficial to control hairiness and yarn defects; and The sliver should be fed in parallel, and the center should be aligned with the centerline of the cluster horn, which is beneficial to control the hairiness.

If the twist coefficient of the roving is satisfied with the normal draft of the spun yarn, it is beneficial to reduce the hairiness.

Appropriate collector openings should be used. Whether the collectors are clean or not, the size and geometry of the openings have a great influence on the hairiness of the yarn. It does not raise the hair due to friction between the sliver and the collector; the selection of a suitable false twister will help reduce hairiness.

Pay attention to the smoothness of drafting zone components and flyers, which is beneficial to reduce hairiness. The upper and lower aprons and rubber rollers are cleaned and replaced periodically. The jaws composed of the upper pin and the upper apron are close to the lower pin and flush with the upper pin, which are beneficial to effectively control the fiber movement, regularly clean the flyer, and keep the flyer smooth. Ensure that the roving is smooth and clean, which helps reduce hairiness.

Proper storage and transportation of roving can prevent hairiness on the surface of the roving and reduce hairiness.

0
Views: 507
PREV: Main methods and measures to control hairiness
NEXT: What are the important steps in the spinning process